Prof. David Arnold is promoted to the rank of Full Professor, effective August 16. Promotion and tenure are important milestones in faculty careers, and are awarded based on contributions to UF, the engineering profession, and the society at large. IMG extends its warmest congratulations!

We will hold an IMG Kickoff meeting on Friday August 22nd in Larsen 310, starting at 1 pm, immediately after our Friday BBQ.  This meeting is mandatory for all IMG personnel.  We will provide an overview of IMG to new students, review lab organization/training, emphasize importance of the wiki, and review safety information. 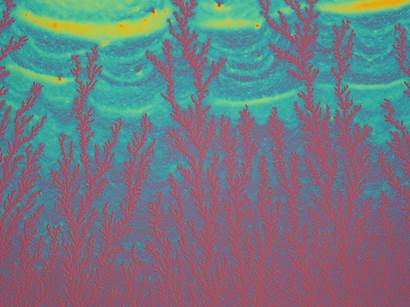 The maintenance procedures to replace the batteries typically require physical contact or wire connections with the devices, which may be inconvenient, difficult, or costly. Even where batteries can be easily recharged, the ever-growing hunger for portable power presents an important technical challenge. For example, the modern dismounted Warfighter carries a vast array of battery-powered technologies. The logistical burden of monitoring, recharging, and replacing these batteries is overwhelming, and no soldier would willingly go on mission without fully charged batteries. For soldier power systems, there are two main issues: the large number of different electronic devices and the requirement for constant charging for maximum mission readiness.

To address these issues, the project explore the development of an electrodynamic wireless power transmission (EWPT) technology that is capable of wirelessly delivering power to a spatially distributed collection of power receivers over distances of a few centimeters to a few meters. Compared to the more widely studied inductively coupled wireless power transmission schemes, the EWPT technology enables the power receivers to be physically much smaller and with fewer restrictions on their orientation.

In the EWPT system, a transmitting coil is connected to a power source and carries an alternating current. The field generated by the transmitting coil moves a permanent magnet in the receiver through electrodynamic (magnetic) forces and/or torques. The magnet is mounted on a spring and is allowed to oscillate. This motion is then converted into electrical energy using an electrodynamic transduction within the receiver. Even using fairly weak magnetic fields, significant mechanical oscillations can be induced when the receiver magnet is excited near its mechanical resonance (assuming an underdamped mechanical system).

Ololade Oniku will defend his proposal titled "Development of Magnetically Patterned Hard Magnetic Thick Films" at 10:00 AM on Thursday December 12, 2013 in NRF 115. All are invited! Refreshment will be provided.

William (Chip) Patterson will propose his dissertation, entitled "Magnetic Imaging Systems for Micro Scale Magnetic Devices" at 10:00AM, on Friday, November 22nd, in 1st Floor NRF Conference Room. All are invited to attend. Snacks will be provided.

As part of the Fall 2013 ECE seminar series, this Thursday, August 29, Dr. David Arnold will be giving a talk that will highlight his group's development of microfabricated permanent magnets and their application in several functional microsystems.

To set the stage, he will first describe some basic concepts about magnets and physical scaling laws that motivate his group's efforts. He'll then discuss the advancement of two types of permanent magnet materials that has been made by the group; namely, electroplated layers and bonded powders, which overcome certain manufacturing and integration challenges. Finally, He'll showcase how these permanent magnet materials are being used for electromechanical actuators, energy harvesting devices, and generation of high-energy x-rays.

As seats will be limited, all are encouraged to be on time.

Despite the fact that nonlinearities are inherent in many natural and engineered systems, it is common for engineers to remove, or attempt to remove, all nonlinearity from their designs. Although this simplifies the performance analyses, it also overlooks a wide array of phenomena that could potentially enable fundamental breakthroughs.

Event date:
Fri, 07/19/2013 - 3:15pm to 4:00pm
This Friday at 11:15 AM, Alexandra Garraud will give a practice talk in preparation for a presentation at the 1st Advanced Superconducting Test Accelerator (ASTA) Users' Meeting at  Fermilab, IL . During this talk, the fabrication, operation and applications of the magnetic undulator with an electron beam will be discussed. All are encouraged to attend. The venue is LAR 234.
The seminar will be followed by the IMG BBQ at 12 PM.