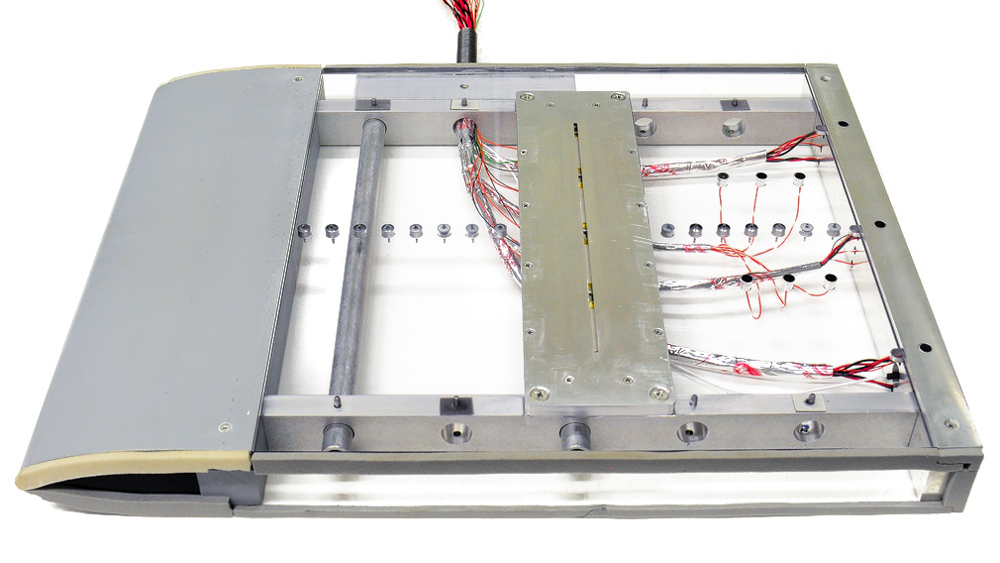 Objective 1: Identify and analyze the various global dynamics in a separated flow configuration

Objective 2: Investigate the effectiveness and efficiency of targeting the instabilities in open-loop experiments

2.     Characteristics of 2D flow separation on airfoils is highly dependent on angle of attack and surface curvature

Approach: A canonical flat plate model retains the essential separation characteristics, eliminates curvature effects, and is amenable to both simulations and experiments 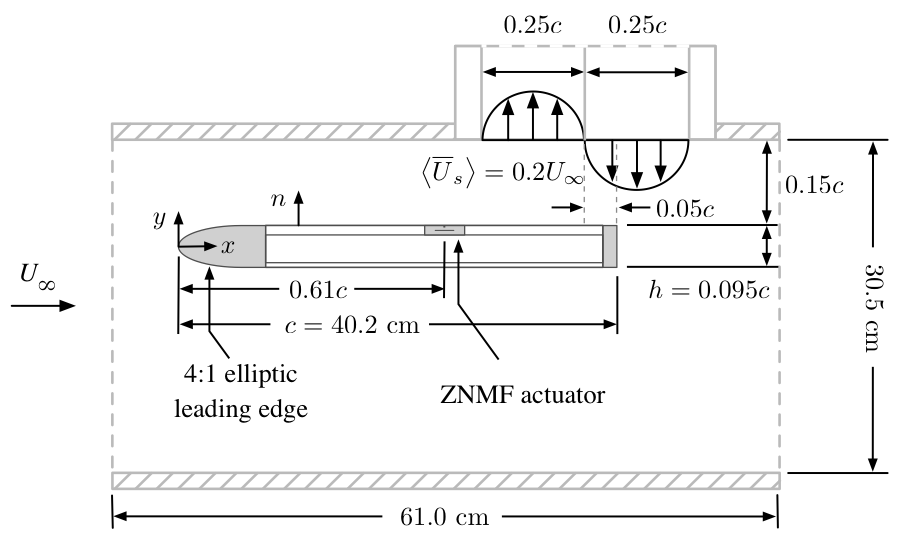 Target characteristic frequencies by modulating actuator resonance. The extent and height of the time-averaged separation bubble is reduced during control.

Forcing at or near the natural shear layer frequency "feeds" the characteristic roll-up of the shear layer, which increases mixing between the high-momentum freestream and the low-momentum separated flow. This ultimately reattaches the flow further upstream with little control effort, or cost, described by the coefficient of momentum Cμ.