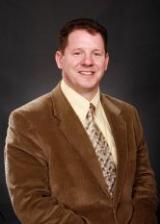 Louis N. Cattafesta III is currently a Professor in the Department of Mechanical and Aerospace Engineering at the University of Florida.  His primary research interests are experimental fluid dynamics, particularly active flow control and aeroacoustics.  Prior to joining UF in April of 1999, he was a Senior Research Scientist at High Technology Corporation in Hampton, VA, where he was the group leader of the Experimental and Instrumentation Group.  He received a BS degree in Mechanical Engineering in 1986 from Penn State University, a MS degree in Aeronautics from MIT in 1988 via an AFRAPT Fellowship, and a Ph.D. degree in Mechanical Engineering in 1992 from Penn State University via a PSU College of Engineering Dean’s Fellowship and a NASA GSRP Fellowship.  In 1992, he joined High Technology Corporation as a Research Scientist at NASA Langley Research Center.  His research at NASA Langley focused on supersonic laminar flow control and pressure- and temperature-sensitive paint measurement techniques, and in 1996 he was awarded the 1996 NASA Team Excellence Award for his contributions.  At that time, he became involved in active control of flow-induced cavity oscillations which provoked his current research interests in active flow control and aeroacoustics.  Funding for his research has been provided by grants from NASA, AFOSR, ONR, NSF, Boeing, Lockheed-Martin, General Electric, Gulfstream, and CraftTech.  More information regarding his research can be found at the website for the Interdisciplinary Microsystems Group (IMG) at the University of Florida, www.img.ufl.edu.  Dr. Cattafesta has co-authored 4 AIAA best conference paper awards in 2001, 2002, and two in 2004.  He is the author or co-author of 6 US Patents, 6 book chapters, and over 50 journal publications.  Dr. Cattafesta is an Associate Fellow of AIAA and Senior Member of ASME.  He is also a member of ASA and APS.