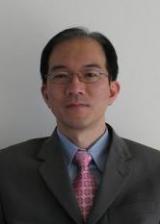 YK Yoon is currently an Associate Professor in the Department of Electrical and Computer Engineering at the University of Florida, Gainesville, FL. His current research interests include three dimensional (3-D) micromachining and nano fabrication; design and implementation of metamaterial for radio frequency (RF) and microwave applications; micromachined millimeter wave and terahertz antennas and waveguides; bio/microfluidic systems for the lab-on-a-chip applications; wireless telemetry systems for biomedical applications; and ferroelectric material development for high density memory devices and/or tunable RF devices.

He received his BS and MS degrees in electrical engineering from Seoul National University in Korea. He also earned an MSEE degree from the New Jersey Institute of Technology, Newark, NJ in 1999 and the Ph.D. degree in electrical and computer engineering from the Georgia Institute of Technology, Atlanta, GA in 2004. He held a postdoctoral position in the Microelectronics Research Center of Georgia Institute of Technology from 2004 to 2006. In 2006, he joined the faculty of the University at Buffalo, the State University of New York as an Assistant Professor in the Department of Electrical Engineering, where he directed the Multidisciplinary nano and Microsystems (MnM) laboratory until 2010. He received the NSF Early Career Development Award (CAREER) in 2008 and the Young Investigator Award from the University at Buffalo in 2009. He has more than 90 peer reviewed publications. He is a member of IEEE society. He actively participates in multiple technical conferences including Microelectromechanical systems (MEMS), Transducers, Hilton Head, micro total analysis systems (µTAS), American Vacuum Society (AVS), International Microwave Symposium (IMS) and Antenna Propagation Symposium (APS).