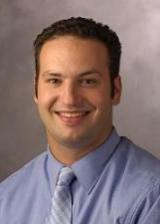 Dr. Henry A. Sodano is currently an Associate Professor in the Mechanical and Aerospace Engineering department and a Graduate Faculty member of the Materials Science Department at University of Florida. He received his Ph.D. in Mechanical Engineering from Virginia Tech in 2005, his M.S. in 2003 and his B.S in 2002 also from Virginia Tech. He was an Assistant professor at Michigan Technological University from 2005-2007. Dr. Sodano's research interest lie at the boundaries between materials science and engineering and his current research focuses on energy harvesting, nanotechnology, hybrid composites, and multifunctional materials. He has published 99 technical articles (5 book chapters, 46 refereed journals published or submitted and 48 proceedings) and made over 70 national and international presentations including 20 invited and his selection for a presentation at the National Academy's 2008 German-American Frontiers of Engineering Symposium for outstanding early-career German and American Engineers. He currently serves as an associate editor of both Smart Materials and Structures and the Journal of Intelligent Material Systems and Structures and is a regular reviewer for more than 20 international journals including Nature Nanotechnology, Advanced Materials, Applied Physics Letters, etc. He was awarded the NSF CAREER award, the ASME Gary Anderson Award for Early Career Achievement, Virginia Tech's 2010 Outstanding Recent Alumni Award, Arizona State University's 2009 Faculty Achievement Award in Research Excellence and was inducted into Virginia Tech's Academy of Engineering Excellence in 2010. He received the NASA Graduate Student Research Program Fellowship in 2003, was awarded the prestigious Directors Funded Post Doctoral Fellowship at Los Alamos National Laboratories, the best paper at SAMPE's 2008 fall technical conference, received the Paul E. Torgersen Research award at Virginia Tech in 2004 and 2005 and was selected in 2007 for the Air Force Research Laboratory's Air Vehicles Directorate Summer Faculty Program. He is a member of ASME, ASME's Adaptive Structures Technical Committee, AIAA, MRS, SEM, SPIE and SAMPE.